Why are the health authorities soft on certain dirty eateries?

January 14, 2017
Why are the health authorities soft on certain dirty eateries?


A fast food restaurant in Seremban 2 was ordered to close for two weeks due to poor hygiene at its premises.

And a restaurant in Bandar Baru Nilai was inspected following complaints that worms were found in its chili sauce and fined RM1,000.

“Enforcement action does not look fair to all errant food handlers and operators. Malaysians want to know why the health authorities are soft on some, while others are swiftly ordered to close for two weeks,” Gerakan Deputy Speaker Syed Abdul Razak Alsagoff said.

“The moment a food handler or operator is exposed, it must be closed down for cleaning. There must be no special treatment for any food operator or owner,” he added.

Syed Razak reiterated that “there have been too many cases of complaints of unhygienic eateries and food handlers and the health authorities must buck up”.

“One of the best ways to jolt them to senses is to shame such food operators and owners so that they really treat food hygiene management more seriously.

“So, besides taking feeble action like slapping fines, why don’t they also name the unhygienic food operators and owners. Why are you not naming the restaurants or operators?” 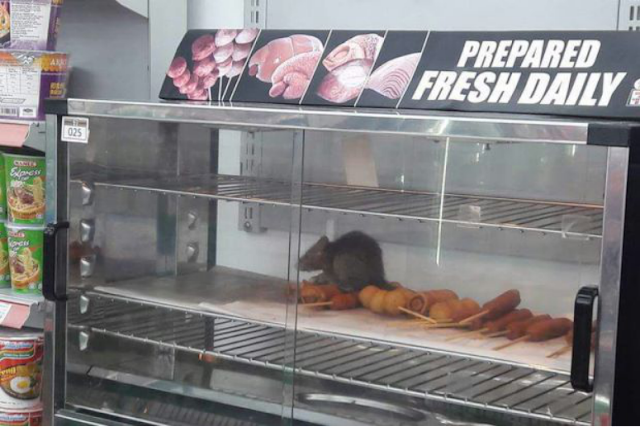 Syed Razak, who is Gerakan’s nominee to contest N.37 Bukit Lanjan in the coming 14th General Election (GE14), asked: “What action was taken against the 7-Eleven ‘rat’ outlet in Kelana Jaya, Petaling Jaya?

“So, the Old Town ‘chilly sauce maggot’ outlet in Nilai was fined RM1,000. Why was the outlet not named by the health authorities? Why was it not closed down for cleaning or overhaul?

“And, what about the ‘cat’ nasi kandar outlet in Ipoh? Has the health authorities acted? Please tell Malaysians that you did and please name them as a deterrent to others to observe strict hygiene when handling food,” he added.

For those who had missed out on earlier postings on this issue, here’s the link: http://bukitlanjan.blogspot.my/2017/01/bukit-lanjan-mr-health-d-g-worms-in-old.html

And here’s The Star Online report on the latest development on the above issues:
"Nation

SEREMBAN: A fast food restaurant in Seremban 2 here was ordered by the state Health Department to close for two weeks beginning Thursday due to poor hygiene at the premises.

Negri Sembilan health director Dr Abdul Rahim Abdullah said the restaurant was found to have pest control issue after a customer found a cockroach in a chocolate drink, which she claimed she bought from the premises on Tuesday.

"We carry out inspections today after the picture of the chocolate drink went viral on social media," he said in a statement Thursday.

However, Dr Abdul Rahim said the restaurant could appeal after the cleanliness issue had been resolved.

He also said a restaurant in Bandar Baru Nilai was inspected following complaints that worms were found in its chili sauce.

He said the inspection carried out on Monday found that the storage for the uncooked food at the premises was in unsatisfactory condition.

The Department issued the restaurant with a compound of RM1,000 under Section 32B of the Food Hygiene Regulations 2009. - Bernama"

Popular posts from this blog

Meritocracy in education policies and system is still just a Malaysian dream! 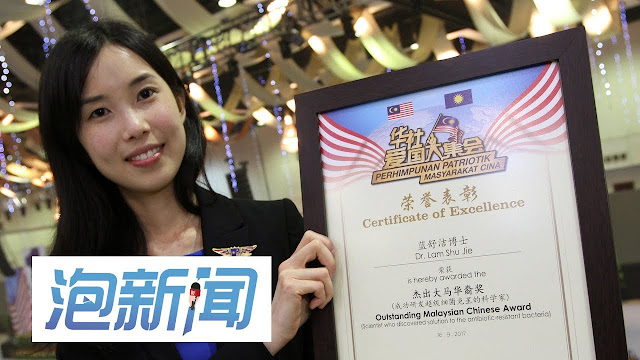 https://youtu.be/XRJ9xw-2eCc Meritocracy in education policies and system is still just a Malaysian dream! https://youtu.be/fD8NWiRhyvw  (VIDEO: The Superbug killer!) It is time for politicians from both sides of the political divide to start thinking seriously about the future of Malaysians and Malaysia. Meritocracy should not be politicised, neither should it be mixed with race and religion. “Malaysia cannot hope to really progress to be transformed into a developed nation if it continues to ignore the merits of meritocracy,” Gerakan Deputy Speaker Syed Abdul Razak Alsagoff said. “Politicians are well aware of Malaysia’s brain drain problem. But the majority does not have the political will to really fight, lobby or champion for a policy of meritocracy in our education system. “An abundance of quality and competent human capital is the key to any nation’s progress and development. The way Malaysia is losing its talents and brains, talk of achieving developed nation
Read more 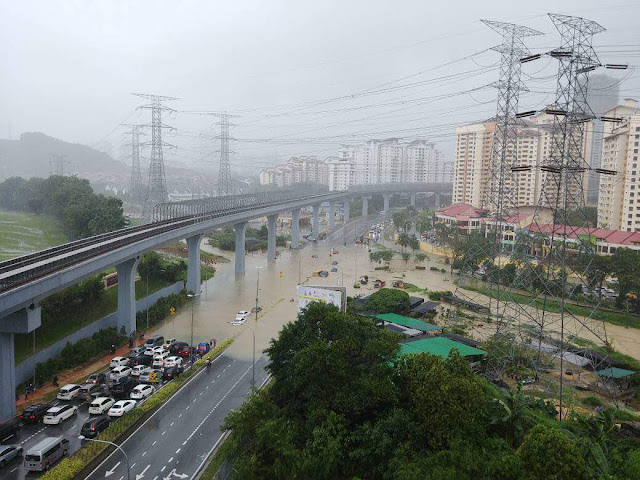 Pelangi Damansara ... Very bad drainage caused heavy rain and muddy waters from construction sites to bring the township to a grinding halt on Wednesday Jan 24, 2018 ‘Karma’ (sarcasm intended) hits Bukit Lanjan? https://youtu.be/ZCqcL60FEAw   (VIDEO: Bukit Lanjan transformed into a river of mud) Even developed countries, like Singapore recently, are hit by floods when nature unleashes exceptionally heavy rain. So, it was just plain stupid for those who blame floods in their states on karma. “However, floods can be mitigated if monsoon drains are adequate,” Gerakan Deputy Speaker Syed Abdul Razak Alsagoff said. He said floods could also be mitigated if development projects under construction “are conducted with strict guidelines and measures to ensure monsoon drains are not clogged”. From pictures shared on  WhatsApp , Syed Razak said Bukit Lanjan was flooded badly yesterday (Jan 24, 2018) probably due to the many construction works in the constituency. “The muddy wate
Read more

Definition of obesity Obesity means having too much body fat. It is different from being overweight, which means weighing too much. The weight may come from muscle, bone, fat, and/or body water. Both terms mean that a person's weight is greater than what's considered healthy for his or her height. How to know whether you are obese? Examination 1: Physical & weight If you've always been a normal weight without having to try too hard, you may consider yourself lucky. But the mirror and the scale only tell part of the story: You can look great in a bikini or have a body-mass index (BMI) in the normal range, but if you don't take care of yourself, you could be just as unhealthy as an obese person. This phenomenon sometimes is known as skinny-fat, or "normal-weight obesity". Despite weight alone can not certainly tell whether you are obese or not, it is the very first vivid sign of obesity symptoms … for more, go to  http://ladyshopnow.com/insight-on-obesity.
Read more